The Mendocino Coast Writers’ Conference, or MCWC, has posted the program for MCWC 2021, its 32nd Conference, which like last year’s event will be held online via Zoom from Aug. 5 to 7.

HarperCollins, the second largest trade publisher in the U.S., has completed its acquisition of Houghton Mifflin Harcourt Books & Media. HC, which is owned by Rupert Murdoch's News Corp, agreed to buy the HMH trade division in March for $349 million.

In a letter to employees, HC CEO Brian Murray acknowledged that "many" decisions need to be made over the coming months surrounding the acquisition. Still, he noted that he has outlined an initial, temporary organizational plan that will be kept in place until a new, permanent structure has been conceived.

Town & Country UK magazine is set to fold as part of cost-cutting operation at publisher Hearst that will see up to a fifth of UK staff made redundant.

The luxury title, the British version of which was first published in 2014, is set to be scrapped as the company adapts to a decline in print media consumption.

The proposed move will also mean up to one in five UK staff face redundancy or will have their roles pooled. It is understood employees will be offered enhanced redundancy packages.

Hearst, whose UK titles include Cosmopolitan, Elle, Men’s Health and Good Housekeeping, has so far weathered the pandemic without making job cuts or using the furlough scheme. 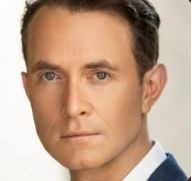 Author Douglas Murray has criticised an open letter published in The Bookseller, which claimed UK book publishing is transphobic.

In the article for Unherd, a digital magazine which aims “to push back against the herd mentality with new and bold thinking”, Murray generally lamented the left-wing presence in UK publishing as well as criticising the letter urging acceptance of transgender rights published on 3rd May.

Murray's article, entitled "Publishing is now a Left-wing bubble", cited a US study comparing professions with voting preferences which showed 100% of those in publishing were left-wing. Murray, author of The Madness of Crowds (Bloomsbury) and associate editor of the Spectator, wrote: “To those with friends in publishing, despairing at the regular struggle session-style get-together they are now subjected to in which every conceivable centre-left political orthodoxy is celebrated, this is not a revelation. Although the survey in question is from the US, it is certain that a similar pattern can be found over here, too.” 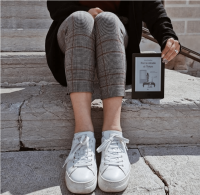 Harpercollins, Hachette, Simon and Schuster and Penguin Random House are four of the world’s most prolific book publishers. In the first three months of 2021, they have experienced very strong audiobook and ebook sales. This trend should continue for the rest of the year, primarily due to COVID and more people shopping online, instead of visiting bookstores.

Harpercollins stated that digital sales increased by 38% in the quarter. Ebook sales were up 38%, and digital audiobook sales rose 42%. Their entire publishing division, which includes hardcovers and paperbacks, in addition to digital jumped 45% in profits and a 19% increase in revenue in the quarter ended March 31, 2021, sales rose to $490 million. News Corp CEO Robert Thomson said he still expects the purchase of the Houghton Mifflin Harcourt trade division to close by June 30, and told analysts he expects the addition of the company to boost both HC’s sales and profitability soon.

GoodNovel, an international platform focusing on the creation of original online novels, has launched two writing contests – The Blessed Wolf and The CEO and Me – to celebrate its first anniversary. The two contests run till August and September, 2021 respectively and reach over 5 million readerships on the platform prospectively, with total prizes add up to over 40,000 dollars.

GoodNovel attracts readers from over 100 countries and authors from more than 50 countries. They are producing and consuming online stories in languages including English, French, Indonesian, Filipino, and Russian. Officially launched in April 2020, GoodNovel is featured as one of the Top3 reading Apps on Appstore and Google Play store ranked by grossing.

In the past year, GoodNovel has successfully held several writing contests on diversified topics, receiving thousands of works from online writing talents around the world, among which winning works received customized promotion and extra exposure. Correspondingly, winning stories gained great reputation for their edge over other novels and the authors also benefited greatly from their works.

It is the only book publisher ever to win a second award and the only publisher to have won one in the last 10 years.

Nosy Crow is one of 205 organisations nationally to be recognised with a prestigious Queen's Award this year and, within that, one of 122 recognised for its excellence in International Trade.

Employing 56 people, Nosy Crow is a multi-award-winning publisher of child-focused, parent-friendly children's books and eBooks for ages 0–12.  It began publishing in 2011 and celebrates its 10th anniversary this year. 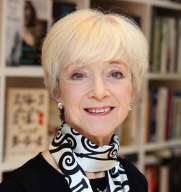 The Felicity Bryan Publishing Mentorship Scheme has been launched, created in honour of the renowned literary agent who died in June 2020.

An annual paid three-month mentorship programme, the scheme is aimed at anyone from an underrepresented background who is interested in pursuing a career in the publishing industry.

The mentee will be paid the Oxford Living Wage for the duration of the mentorship and there will be a stipend available to cover the cost of accommodation. The scheme is supported by Bryan's family, and “reflects her own energetic nurturing of talent and potential in young people starting out on their careers”.

Fiction sales in 2020 soared by more than £100m for UK publishers, as readers locked down at home made their escape into books, with audiobook sales also climbing by more than a third.

New figures from the Publishers Association show that fiction sales for UK publishers rose by 16% from £571m to £688m in 2020, with key titles cited for the rise including Maggie O’Farrell’s Women’s prize-winner Hamnet, Douglas Stuart’s Booker-winner Shuggie Bain, Richard Osman’s cosy crime novel The Thursday Murder Club, Bernardine Evaristo’s Girl, Woman, Other, and Delia Owens’ Where the Crawdads Sing. The bestselling title of last year was Charlie Mackesy’s philosophical picture book The Boy, the Mole, the Fox and the Horse.