University of Vermont students launched the literary magazine Crossroads, but its roots can be traced off-campus to Burlington's Light Club Lamp Shop. There, every Monday evening, poets and other writers meet to share their work open-mic style. That's where the Crossroads founders cemented their love of poetry, met future contributors and collaborators, and, most importantly, found a community they thought could be served by a new publication devoted to verse.

Alexander Ellis and Jack Wheaton started Crossroads in 2017 after one of those readings. Production involved a fair amount of furtive feeding of card stock into printers at the UVM library and late-night stapling sessions. That first issue, Ellis said with a laugh, was "really crappy." But to them, it was exciting just to see their words in print. 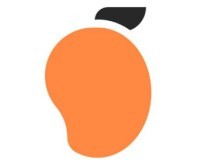 Conari, founded in 1987, publishes in the areas of personal growth, spirituality, parenting and women's issues. Mango associate publisher Brenda Knight previously held the same position at Conari, and will now oversee the imprint at Mango. "I am excited to get to work with these wonderful writers and thinkers again,” Knight said. Plans call for Conari to do about 10 books annually.

The 2020 edition of firstwriter.com’s bestselling directory for writers is the perfect book for anyone searching for literary agents, book publishers, or magazines. It contains over 1,300 listings, including revised and updated listings from the 2019 edition, and over 400 brand new entries. 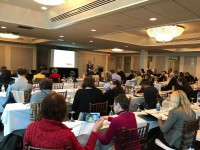 Corvisiero Literary Agency presents its third annual Authorpreneur Workshop – By The River on Saturday, September 28, 2019 at the Oyster Point Hotel in Red Bank, New Jersey. There will be a full day of classes that will inform participants on everything they need to learn regarding editing a manuscript, pitching to agents and editors, demystifying publishing deals and developing the successful author mindset. The event will conclude with a networking mixer in the Pearl Lounge. Registration is $220. Pitching session with agents and editors, query critiques, first ten page evaluations with an editor and coaching sessions will also be available for an additional fee.  Refreshments and a deli-style lunch are included. 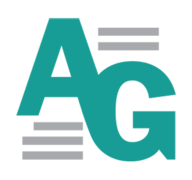 Authors Guild and AAR back publishers in Audible Captions lawsuit

The Authors Guild and the Association of Authors' Representatives have filed a joint brief supporting publishers' calls for a preliminary injuction to stop their works being included in Audible's Captions programme.

Seven publishers launched a lawsuit last month against Audible's Captions programme, which allows US customers to read along to their audiobooks, arguing the feature is against copyright law. The publishers are also seeking a preliminary injunction to stop their works from being used in Captions.

Scotland has so many book festivals readers are spoiled for choice. But for crime fiction fans, this weekend is particularly special, as Bloody Scotland arrives in Stirling for the eighth time to bring authors and book lovers together at around 40 events over three days.

On Friday night, the winner of the 2019 McIlvanney Prize for Crime Novel of the Year will be announced (see panel, right, for The Scotsman’s reviews of the shortlisted titles). There is also a new prize for debut authors. Bob McDevitt, director of Bloody Scotland, said: “The festival is always looking for new ways to discover and promote new writers… Publishing is a tough old world these days and anything that gives a bit of profile to a new writer is a good thing.”

The newly revedeveloped three-floor property will open its doors to founding members on 1st October, before its official launch on 24th October in artistic collaboration with the cultural anthology Postscript to create a unique photoshoot and literary panel.

“Located in the heart of Shoreditch and Old Street at 2 Charlotte Road, the three-storey building offers a different atmosphere on each floor,” according to academic-turned-entrepreneur Fulton.

Fulton, who studied and taught at Columbia University in New York for her PhD and Post-Doc, said: “I finished teaching there in 2016 and tutoring and teaching all over New York, in libraries as well, I wanted to keep teaching literature. I am looking for something but found writing by myself quite isolating. I would write ‘out’ in the Southbank Centre or a library but it’s frustrating because you don’t meet other writers in this way. I love London but there was nothing like this in London. I had this idea of opening a co-working space for writers and wanted it to be more than co-working so I developed this idea of it having more than one storey.”

The Writers Guild of America will stay the course on its ongoing fight against top Hollywood agencies and packaging fees, as its membership has reelected President David A. Goodman to another term after a heavily contested campaign against challenger Phyllis Nagy.

It was a landslide victory for Goodman, receiving 77% of 5,677 votes counted with 4,395 votes to Nagy’s 1,292. He will continue to serve alongside Executive Director David Young, Vice President Marjorie David, and new Secretary-Treasurer Michele Mulroney, who has previously served as a board and negotiating committee member.

One of Wales' largest publishing houses is to "wind down" publishing new works to focus on printing, its bosses say.

Gomer Press, set up in 1892 and based in Ceredigion, has about 3,500 titles in print in English and Welsh.

It said the decision followed a strategic review, "thus ensuring the future" of its 55 employees, but authors called it a "sad" move.

Gomer said it would continue working with authors and the Books Council of Wales to publish scheduled titles.

Cindy Uh has joined CAA as an Agent in the Books department.

Uh moves to CAA following a four-and-a-half-year stint at Thompson Literary Agency, where she represented a range of nonfiction authors in the categories of memoir, politics, food, business, health and wellness, and lifestyle.

She has also consistently been ranked one of the top agents for illustrated/art projects.