Children's publisher West Side Publishing is launching a new imprint, Little Grasshopper Books, likely by the end of the year. The imprint will encompass a wide variety of fiction and nonfiction formats, from board books to books with virtual-reality components, primarily aimed for children five and under.

OWN IT! founder launches literary agency

Multimedia publisher OWN IT! has launched a literary agency arm, signing author Courttia Newland as its first client.

Billed as a “storytelling lifestyle brand” spearheaded by founder Crystal Mahey-Morgan, the company already operates as a book publisher, a record label and an events arm. Mahey-Morgan will be OWN IT!’s main agent, helping to “diversify how it works with storytellers to include literary representation”. The company is currently negotiating with several sub-agents about a foreign rights partnership, according to a spokesperson for the organisation.

Mahey-Morgan's previous contract negotiation experience includes a year at PFD as well as a three-year stint in the contracts department at Penguin Random House between 2008 and 2012. She described setting up a literary agency as "an obvious next step for OWN IT!"

Veteran literary agent and “godfather of the industry” Michael Sissons has died aged 83.

Various agents have paid tribute to Sissons who died on Saturday (August 24th), following a stellar career which saw him representing names such as Simon Schama, Margaret Drabble and William Hague, setting up the Association of Authors' Agents, and overseeing PFD for almost half a century before acting as a senior consultant for the agency for the last decade.

“I would say that he was the godfather of the industry,” said Caroline Michel, c.e.o. of PFD, who had known Sissons for 30 years, since before she entered the publishing industry.

The 2019 edition of firstwriter.com’s bestselling directory for writers is the perfect book for anyone searching for literary agents, book publishers, or magazines. It contains over 1,300 listings, including revised and updated listings from the 2018 edition, and over 400 brand new entries.

#shareyourrejection is exactly the hashtag we need right now

It hasn't quite taken off in Australia yet, but hopefully that is only a matter of time. Maybe Peter Dutton will get us started.

#shareyourrejection is the latest hashtag to highlight the reality of rejection in the arts and creative industries, and to show once again that resilience is key to any creative career.

This will make you laugh and wince and understand the poetic power of revenge.

The Publishers Association (PA) has admitted a key figure it released on author pay was wrong; in fact authors received more money from publishers in 2016 than previously thought, with the figure first cited close to £190m out.

Writing in The Bookseller this week Stephen Lotinga, c.e.o. of the PA, said that a report released by the trade body in March, conducted by Frontier Economics, incorrectly calculated that the total payments consumer authors received in 2016 were £161m, based on advances, royalties, secondary licensing and rights.

However, Lotinga said the correct figure with the inclusion of advances stood at around £350m - a leap of £189m.

The report caused a furore when it was originally released earlier this year, with the Society of Authors (SoA) calculating that writers received around 3% of publishers' turnover in 2016 when taking into account the £161m figure, while publishers' profit margins were much higher.

Read Like a Writer is hosted by journalist Anna Fielding and each episode will feature authors recommending their favourite books, often around a theme such as childhood favourites or favourite classics, and talking about their own work. They will also discuss their favourite local independent bookshop and its importance in their lives.

ICM upped Celestine Au and Madeline Feder to agents in the talent department, and Viviane Telio to agent in the motion picture literary department.

Au started at ICM in 2015, spending two years as a talent department assistant before being promoted to talent department coordinator last year. Au was recognized as one of Variety’s 10 Assistants to Watch in 2017 and is part of Time’s Up Next Gen. She was born in Hong Kong and raised in Shanghai before moving to the U.S. to attend UCLA, where she completed 12 internships and graduated with a degree in communication studies. She is fluent in Mandarin and has traveled to China with ICM agents, acting as an interpreter, and helping the team close deals and sign clients.

Judith Appelbaum, a Guide for Would-Be Authors, Dies at 78

Judith Appelbaum, whose almost 60-year career in book publishing became a crusade to make the industry better — for writers, publishers and readers — died on Wednesday at her home in Bedford, N.Y. She was 78.

Alan Appelbaum, her husband of 57 years, said the cause was ovarian cancer.

Ms. Appelbaum held numerous jobs in the book publishing industry. During the early 1980s she was managing editor of Publishers Weekly and wrote the “Paperback Talk” column for The New York Times Book Review. But her best-remembered and most influential project may have been the 1978 book “How to Get Happily Published: A Complete and Candid Guide,” which she wrote with Nancy Evans. 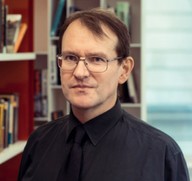 Despite concerns about the "Spotification of literature" and the unknowns of Brexit, Marjacq’s director Guy Herbert is in an upbeat mood as he welcomes me to the central London office of the boutique literary agency, which turns 45 this year.

What follows is a more chaotic interview than the average company profile for The Bookseller, as his six-agent team piles into the small meeting space along with their leader. We are forced to conduct the interview in two stages as there are not enough chairs to fit all the staff in, but the conversation that follows is peppered with the words "collegiate" and "collaborative", and it is clear that these phrases are not merely paying lip service.