While the overall Australian publishing scene is robust, Australian science fiction writers believe their work is not being adequately supported by the industry.

Ritchie is moving to her new role on 18th April to develop her list of commercial fiction and non-fiction. As well as co-founding Twitter initiative #PitchCB, Ritchie has worked alongside Sheila Crowley and represented authors herself such as Red magazine’s literary editor Sarra Manning, Alex Lake, author of After Anna (Harper), the Sunday Times Top 10 paperback bestseller and Iona Grey, author of last year’s overall Romantic Novel of the Year Letters to the Lost (Simon & Schuster).

George Saunders: what writers really do when they write

Many years ago, during a visit to Washington DC, my wife’s cousin pointed out to us a crypt on a hill and mentioned that, in 1862, while Abraham Lincoln was president, his beloved son, Willie, died, and was temporarily interred in that crypt, and that the grief-stricken Lincoln had, according to the newspapers of the day, entered the crypt “on several occasions” to hold the boy’s body. An image spontaneously leapt into my mind – a melding of the Lincoln Memorial and the Pietà. I carried that image around for the next 20-odd years, too scared to try something that seemed so profound, and then finally, in 2012, noticing that I wasn’t getting any younger, not wanting to be the guy whose own gravestone would read “Afraid to Embark on Scary Artistic Project He Desperately Longed to Attempt”, decided to take a run at it, in exploratory fashion, no commitments. My novel, Lincoln in the Bardo, is the result of that attempt, and now I find myself in the familiar writerly fix of trying to talk about that process as if I were in control of it.

What Moonlight Teaches Us About The Importance Of Creative Writing Training

Tarell McCraney, the writer of the play which is the basis of the film Moonlight which was last night’s Oscar winner for Best Picture and Best Adapted Screenplay amongst other awards, was in the year above me at Yale, where we were both studying for an MFA in Playwriting at Yale School of Drama. 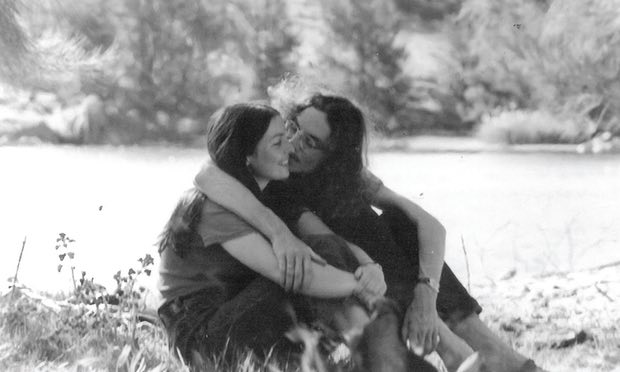 Poetry, love and psychosis: can writing help us come to terms with mental illness?

Paula Keogh never intended to write about her relationship with Michael Dransfield, one of the most prominent – and colourful – poets in Australian literature.

“I was actually doing a PhD on Michael’s poetry,” she tells Guardian Australia. “And my supervisor discovered that Michael and I had known each other and been very close, and she said, ‘Hang on, I don’t know whether you’re writing the right thesis here, maybe you should write a memoir!’”

Role: To work within Furniss Lawton, the literary division of the James Grant Group. The role will be to assist and support the literary agents in the six-person Furniss Lawton team, with a particular focus on working with Rowan Lawton and Eugenie Furniss in the effective running of Furniss Lawton.  This is an exciting opportunity for someone passionate about publishing and the media to learn more about the industry and the skills necessary in managing authors and talent clients.

MORE than six years ago, the members of a Sydney book club came up with the idea of writing a book together to fund a trip to Russia.

The women, who called themselves the Book Sluts because they would read anything, were in the Blue Mountains on a weekend away drinking vodka and discussing Fyodor Dostoyevsky’s Crime and Punishment.

Authors and publishers are increasingly hiring “sensitivity readers” to screen books for culturally offensive material before sending them to market.

A cultural climate that has the publishing industry increasingly under the microscope by fans has created a demand for specialized book scanners. Individuals are paid a small fee, roughly $250 per manuscript, to look for content deemed problematic.

Abridged is looking for poetry and art for its 0 – 49: Babel issue.

Up to four poems can be submitted and art can be up to A4 landscape and should be 300dpi or above.

The Council of the Publishers Association of New Zealand (PANZ) today announced the appointment of Catriona Ferguson to the role of Association Director.

Catriona is currently the Chief Executive of the New Zealand Book Council and was previously a Literary Advisor for Creative New Zealand. She brings a wealth of knowledge to the Association, particularly in the areas of grants and funding – and equally a life-long passion for books, reading and outstanding creative content.