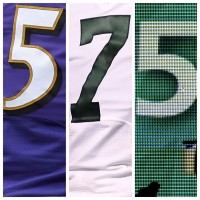 CLEVELAND, Ohio – Thanksgiving is gone, the holidays are around the corner, and New Year’s – New Year’s! – is coming soon.

The year was barely under way when ‘Wuhan’ was added to our geographic lexicon as coronavirus spread its tentacles across the globe. The virus brought illness, deaths, cancellations, shelter-at-home orders and squabbling politicians. It’s going to remain with us for a while, but we can get in one last shot before the year is out.

Please, Give Us the Bad Sex Writing

While all the passages that the editors consider — which they deliver in the form of a shortlist — unfailingly inspire revulsion, every year we look forward to learning what men think sex is. But this year, we will be denied this rich source of both disgust and joy: The magazine has called off the prize. 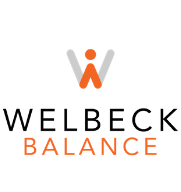 Welbeck said it will build on Trigger’s founder, Adam Shaw’s vision "to enhance the footprint in mental health publishing" across all channels and on a worldwide basis.

As part of the deal, Jo Lal, publisher of Trigger, and Lyndsey Mayhew, sales and marketing lead, will move across to Welbeck.

For some reason the Young Adult Fiction subculture has become one of the most woke and therefore toxic online. Nearly two years ago Jesse Singal wrote about the cancelation of author Amélie Wen Zhao whose unpublished novel Blood Heir was accused of being racist despite the fact that no one had read it.

This week Singal has been tweeting about another case of mob justice in the YA space on Twitter. Author Jessica Cluess has been accused of racism. The problem wasn’t her book in this instance it was a disagreement she had with someone else on Twitter. That someone else happened to be a minority and so the cancel culture mob is off to the races. Singal’s thread starts with Jessica’s agent throwing her under the bus: 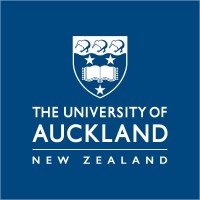 Helen, an internationally acclaimed expert on writing in all genres, lectures in English in the Faculty of Arts and is an affiliate of the Centre for Arts and Social Transformation in the Faculty of Education. She is a scholar and a poet whose passion is helping others improve their writing, especially academic writing.

Originally from Southern California, she has lived in New Zealand for nearly 20 years with her Kiwi husband, Dr Richard Sorrenson. Her popular book The Writer’s Diet was published by Auckland University Press in 2015 and is supplemented by a website (writersdiet.com) that she says attracts around 100,000 visitors a year from all over the world. Through the website, writers can paste their text into an analysis tool that determines whether their prose would benefit from tightening up.

Following the announcement that Penguin Random House parent company Bertelsmann won the bidding war for Simon & Schuster with a $2.2 billion offer, members of the book business and related organizations have begun to weigh in.

In a statement on Wednesday, the Authors Guild laid out its opposition to the proposed deal. The sale "would mean that the combined publishing house would account for approximately 50% of all trade books published, creating a huge imbalance in the U.S. publishing industry," the Guild said. (Penguin Random House's global CEO, Markus Dohle, told PW that he believes PRH's publishing market share is about 14.2% and S&S's 4.2%, including self-publishing; others have estimated the combined companies' market share would amount to roughly one third of the U.S. book market.)

ViacomCBS announced Wednesday morning that it has a definitive agreement to sell Simon & Schuster to Penguin Random House for $2.175 billion in cash, “from existing liquid funds.” The transaction is expected to close in 2021, with S&S ceo Jonathan Karp telling staff that will “likely” happen “in the second half of 2021 at the earliest.” It is subject to regulatory approvals — primarily in the US — and competing bidders such as HarperCollins parent News Corp. have already declared they believe “it will clearly be a serious antitrust issue.” Bertelsmann has already indicated it does not expect approval issues. (Internal PRH documents on “messaging” with industry partners about the deal acknowledges “rumors” they “will face antitrust challenges because of our size” and asserts “these are not grounded in fact and we assume may be perpetuated by competitors.”) The agreement includes a termination fee in the event the acquisition fails to win approval. 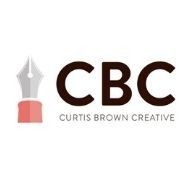 The programme – which is intended to run for a minimum of three years – aims to seek out writers and deliver teaching and industry advice, through interaction with successful authors, agents and publishers.

The programme of courses and mentoring is fully funded by Curtis Brown Group and its literary agents. Opportunities are targeted to address specific barriers to entry and will commence in February 2021. 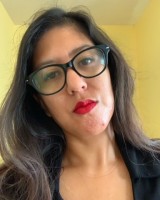 As this week’s FutureBook20 conference has shown, this is a year where change is at the top of the agenda for the publishing industry. And when it comes to changing the sort of books that get published and the sort of authors whose voices are heard, broadening the acquisition process is crucial.

Approaching literary agencies and publishers can feel intimidating to new writers, especially those who feel they don’t traditionally ‘belong’ in the trade. One way publishers, agencies and individual agents and editors have been trying to broaden the net and make the process feel more approachable is through social media.

But does it work?

US-based pitching project #PitchMad, and Curtis Brown’s UK equivalent, #PitchCB, are two of the highest-profile examples. Richard Pike, who was one of the Curtis Brown agents supervising the hashtag, explains the rationale behind the initiative.

The 2021 edition of firstwriter.com’s bestselling directory for writers is out now, and represents the biggest overhaul of the book to date!

The number of listings of literary agents, publishers, and magazines has increased dramatically – from just over 1,300 in the last edition to over 3,000 in the new one. In fact, there are so many new listings that we've increased the page size by 70% to accommodate them. The new page size makes the book even easier to use as a physical object: while thicker books with smaller pages refuse to stay open on the page you want, the 2021 edition of The Writers' Handbook is much happier to lay open at the page you leave it on.