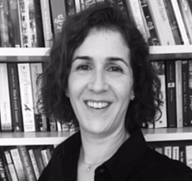 Silk, who has worked as an editor for 15 years, most recently with Orion, will be building her own client list with a focus on commercial fiction, crime and thrillers, extending to accessible literary fiction "if a voice really grabbed me".

She is also open to proposals for "platform-driven non-fiction", in the areas of parenting and lifestyle, fashion, style and beauty, as well as narrative non-fiction and memoir.

Sandy Smith, president of prolific book marketing agency Smith Publicity, was recently invited to join the hosts of the popular Literary Lunch podcast and share her thoughts on book publicity strategies. "The Literary Lunch" is hosted by Laura Rothschild and Sandra O'Donnell, Ph.D., both of whom are literary agents and the co-founders of RO Literary Agency. 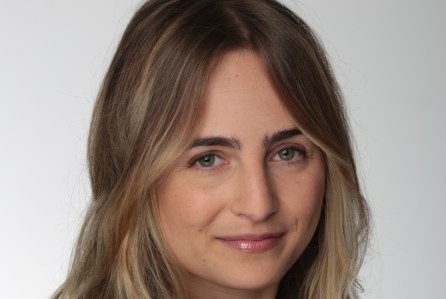 Framson had been at UTA for eight years. She started in the agency’s mailroom in 2008 and worked in the TV lit department as an agent for the past four years. Clients who will stay with her in her new role as manager and become clients of Kaplan/Perrone include Justin Brenneman (Quantico), Kyle Flynn, Kathleen Hale, Danielle Henderson (Divorce), Emily Hirshey (The Ranch), Matt Hausfater (Undateable), Deirdre Mangan (iZombie), Morgan Margraf & Jerica Lieberman (Mistresses) and Jack Lawrence Mayer (Single Long).

Online journal in search of writing

Forage Poetry Journal is a recently created online journal in search of writing and art that is accessible, and that "reaches into that space between our heads and our hearts to open a door to something we had almost missed".

The magazine is accepting submissions on a theme of the Poetry of Tragedy until July 20th, 2016. The submission page also contains information on upcoming themes and future deadlines. 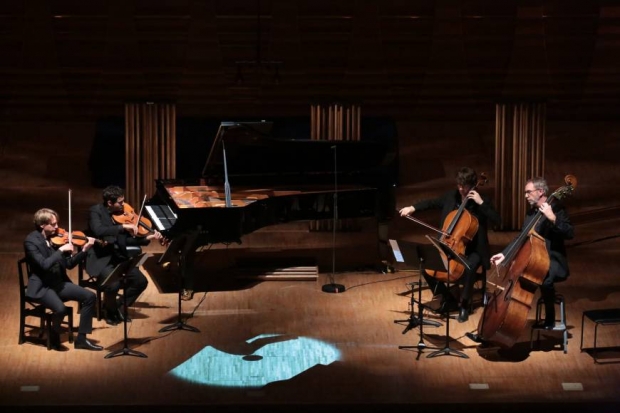 It was a dark, overcast day, with clouds hovering low.

The room was kept at the most appropriate temperatures and humidity, as usual. Yoko sat on a couch in an untidy manner, killing time with a silly game. But she would not talk to me.

So begins a short story titled “A day when a computer writes fiction.” The story, in which boredom prods a computer into writing a novel, was created with the help of artificial intelligence.

Poems are sought for the Welcome to Leicester anthology. The deadline for submissions of poems on the theme of messages or stories about the city of Leicester is July 15, 2016.

Submissions can be made by email to poetry@leicesterwrites.co.uk or by post. Only previously published poems can be accepted.

A new theatre company with a focus on nurturing female playwrights has been launched.

Created by director Caitlin McLeod, the Coterie will initially focus on commissioning three new plays by women over a period of a year and a half, to allow time for the scripts to be fully developed.

A Tale of Two Cultures: Children's Publishing in France and America

French and American children’s book publishers gathered on June 9 for the Franco-American Children’s Book Publisher Conference at the French Embassy in New York City. The event was the second of its kind to be held at the embassy, following a conference last year focused on Franco-American comics and graphic novel publishing. Panelists from both France and America spoke about the children’s book industry in their respective countries, challenges relating to publishing works in translation, as well as differences of aesthetic and content in French and American children’s titles. The conference culminated with an evening presentation by the French Minister of Foreign Affairs and International Development, Jean-Marc Ayrault, who honored Françoise Mouly, publisher of Toon Books.

Brannen comes from the Rothman Brecher Agency, where she was an agent in the TV lit department for the past three years. She began her career as an assistant in the Motion Picture Literary department at CAA then went on to work for various producers and filmmakers before joining the Gersh Agency, where she worked as agent for two years. 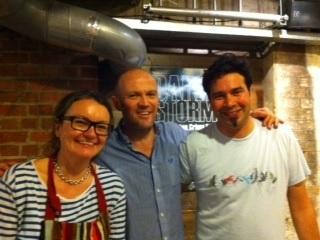 Writers in all-night coffeeshop lockin to get creative juices flowing

WANNABE writers will shut themselves into one of the city’s most novel creative spaces overnight later this month for a dusk-til-dawn writing event.

The “All Night Write” at 88 London Road - formerly the Emporium - will close its doors at 10pm sealing writers in the coffee-house-cum-theatre and not reopen them until six o’clock the following morning.