The firstwriter.com Twelfth International Short Story Contest has now closed. The judging process will now begin, and the winners should be announced in the summer.

But don't worry if you missed the deadline – entries are now being accepted for the Thirteenth International Short Story Contest. The competition is open to stories in any genre and on any subject, up to 3,000 words.

When it comes to writing a novel, people usually think of an endless process of mapping out ideas, writing, editing, and re-writing before anything even resembling a finished book comes to fruition. Author Eric Havens decided to throw that out the window and is literally writing a horror novel on his website in real time, with no editing or re-writing allowed.

The Dakotas Chapter of the Society of Children’s Book Writers & Illustrators (SCBWI) is hosting its 2016 conference, “The Business of Writing and Illustrating,” on June 11 at the Holiday Inn City Center in Sioux Falls. Optional workshops will be offered on June 10.

The conference is for writers, illustrators, and anyone interested in creating children’s and young adult books or magazine articles. 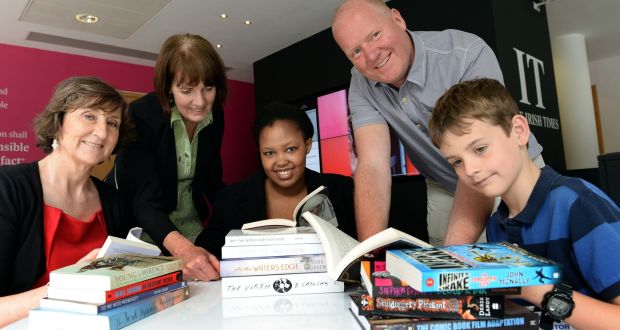 The Irish Times has teamed up with Irish Aid on an African-themed writing competition, marking Africa Day 2016. The competition is designed to showcase emerging talent, as well as established writers. This is the second year the competition has run.

The AAP released its latest sales numbers today, for January through December 2015. Overall sales were up 0.8 percent to $7.2 billion compared to $7.1 billion in 2014.

Overall publisher revenue for 2015, however, was $15.4 billion, down 2.6 percent from the previous year. 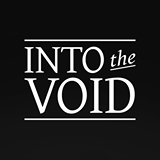 Into The Void Magazine

Into The Void Magazine is a new literary magazine based in Ireland.

"We are accepting all genres and styles for Issue One. We're looking for short stories, flash fiction, essays, and poems that grab and enthral and refuse to let go. We prize heartfelt and genuine writing above perfect grammar and technique. Above all, we're looking for writing that screams to be read. Previously unpublished writers stand as good a chance of being accepted for publication as others - it's all about the writing." 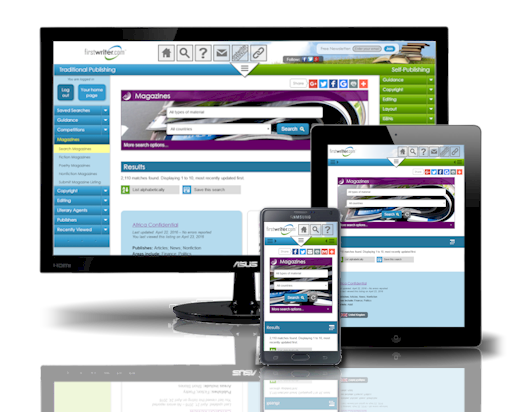 firstwriter.com has recently relaunched its famous Magazines Database with a new look, and brand new search features that make finding magazines to publish your writing easier than ever.

You can head on over to https://www.firstwriter.com/magazines to test drive the new system right now. You don't even need to be a subscriber to try out the new search facility – anyone can give it a go!

Here's a summary of the top 10 new features:

An initial and understandable response to this selection must be to ask: why such a long wait for an Irish issue? The always interesting, often intriguing and at times tantalising Grantamagazine inhabits a space it has made its own: a literary journal possessing the confidence and substance of a book. Granta is often at its best when it is thematic, inviting writers to approach a specific subject. The balance of fiction and nonfiction works well, and as the voices are international the representational aspect is always exciting.

Quarto Publishing Group USA, the U.S. division of the leading global illustrated book publisher and distributor, The Quarto Group, is seeking an Acquiring Editor for our NYC office location. This position is responsible for content acquisition and book development. The Acquiring Editor supports the effort to create a cohesive, high-level publishing program. They take into account current trends, the interests and needs of our core audience, and the broader marketplace to create beautiful, in-demand books and products. This hands-on position will work with the Group Publisher to evaluate, acquire, and develop proposals from concept through production.

To acquire 15 to 18 new books a year and to follow each book through development and delivery, and then assist the team in editing, design, production, marketing and publicity, and sales. To seek out the best books in Timber’s categories (gardening, nature, and regional), as well as to find books that help Timber broaden its commercial appeal in a variety of categories.