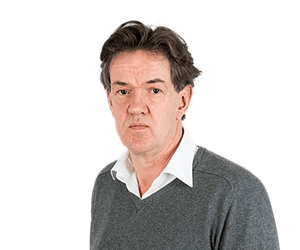 Print survives as a new literature is born

This Christmas, in a tradition almost as hallowed as carol singing and turkey dinners, more than half of all the titles sold annually in the UK will have been traded in the frantic bazaar that dominates autumn business. This festive bonanza remains one of the few landmarks in an environment that, roughly since the millennium, has been rocked by a succession of seismic aftershocks, apparently threatening the very existence of Grub Street.

Physical Book Sales On The Rise, But It Doesn't Mean What You Think

Book sales for physical books are certainly on the rise, according to recent numbers reported by Mic.

Referencing Nielsen BookScan data, writer Jon Levine notes that physical paper books are enjoying a bit of a renaissance with 571 million sold in 2015, up from 559 million in 2014 and 501 million in 2013.

This data flies in the face of what some were predicting from the indie author community, who believed that print books were on their way to becoming a niche market.

Naturally, those in the traditional publishing camp are touting their “I told you so’s,” but that may be a bit premature if you dig deeper into the report.

The Book Is Risen! Publishers Say Physical Book Sales Are Back on the Rise

This Christmas, the best gift to get your loved ones might be a book — an actual one with pages made from dead trees.

Long considered doomed, the physical book has been making a comeback in recent years with sales surging in 2014 and continuing to increase at a more modest pace this year. According to raw data from Nielsen BookScan,Quartz reported, 501 million books were sold in 2013, a number that grew to 559 million for 2014, and 2015 now stands at 571 million.

While many authors struggle to get one book published by a traditional publisher, author Gini Graham Scott has published 5 books with different publishers – and she helps other writers find publishers and agents.  Plus she has a feature film in release and a second feature in production – and she helps screenwriters and filmmakers find producers, agents, and distributors, too.

Scholastic seeks an experienced Editor/Senior Editor with solid project management skills with the ability to work well within a high-volume product development group. The Senior Editor/Project Manager will take on a variety of nonfiction book and book plus projects (e.g., science kits). Fun, fast-paced environment with a huge range of products developed in a variety of ways (packagers, in-house manufacturing, purchased from other publishers). This is a highly creative position that requires excellent communication skills, organization and staff management experience.

Winners and losers: publishers pick the 2015 books they loved, missed and envied

Which books did well, which were left on the shelves, and which made editors green with envy?

We asked staffers at children’s publishing houses to tell us about their favorite children’s book they read this year (new or backlist), and how they discovered it. Our only proviso: it couldn’t be a book that their company had published. See their responses, and happy reading!

In BookLife and Publishers Weekly’s second annual starred reviews roundup, we celebrate the best of the best: the self-published books that received starred reviews in 2015. And we check in with some of the authors of these titles, asking them for writing advice and self-publishing tips for aspiring writers.

Frankfurt Book Fair officials this week confirmed that talks are underway to possibly open rights dealing at the fair a day earlier in 2016.

Although no final decision has been reached, Frankfurt LitAg director Riky Stock told PW that more than 50 agencies have now added their names to a preliminary list of agencies interested in scheduling meetings in the Frankfurt Book Fair Literary Agents & Scouts Centre (LitAg) on the Tuesday before the fair’s official Wednesday opening. Stock said the list will help determine if there is enough interest to make a Tuesday LitAg opening feasible for next year. The 2016 Frankfurt Book Fair is scheduled for October 19-23. 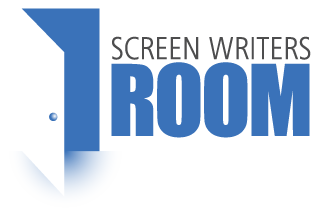 Skrawl, the free online community that turns the storytelling process into a social media experience, will be going Hollywood in January 2016, and it wants to take one talented undiscovered writer along for the ride.