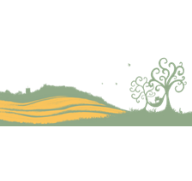 The agency, which is billed as Suffolk's first, opens its doors on 1st October. It was started by Shercliff in association with Blake Friedmann Literary Agency, which will handle translation and screen rights.

Shercliff was prompted to launch the agency partly as a response to the Common People report, led by Professor Katy Shaw of Northumbria University, which highlighted the lack of literary agents outside London.

The move comes after the news last week that Gendell exited Foundry to form YRG Partners, taking Foundry agents Tanusri Prasanna, Peter Steinberg and Adriann Ranta Zurhellen and their clients with her. That agency will focus on representing publishing rights for writers and consumer brands.

Gendell said the agency will partner with a series of existing and new private equity firm relationships, each active in intellectual property and consumer brand development, to match-make between clients and the investment community, and to create unconventional opportunities that work alongside or independent of existing publishing models. Gendell has represented clients’ publishing rights, typically along with managers, and often as the agency of record for writers who are also represented at other agencies for screenwriting. Gendell will bring that formula to the new agency.

A 28-year-old first-time author from Canterbury has landed what is believed to be the world’s largest ever book advance for a debut children’s writer, with a fantasy series about “bloodthirsty unicorns”.

Annabel Steadman, writing as AF Steadman, was paid a “major” seven-figure sum by Simon & Schuster this week, following a hotly contested multi-publisher auction for three books in her fantasy adventure series for children, Skandar and the Unicorn Thief. Set in a world where unicorns are deadly, and can only be tamed by the rider who hatches them, the series follows Skandar Smith, who is preparing to become a unicorn rider. When the most powerful unicorn in the world is stolen by a mysterious figure, becoming a rider becomes a lot more complicated than Skandar ancitipated.

“Unicorns don’t belong in fairytales; they belong in nightmares,” writes Steadman as the series opens. The unicorns in her books are “not at all like the unicorns we know in shops, these fluffy unicorns with rainbows, they’re different and exciting and magical but also dangerous,” she says.

Simon & Schuster, which will publish the first book in the series in spring 2022, said the deal was believed to be record-breaking for a debut children’s author. Sony Pictures has also signed an “aggressive” seven-figure deal for the feature film rights in the series, which is aimed at readers of nine and over. 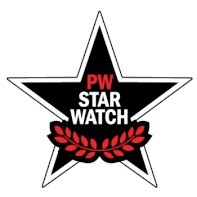 Publishers Weekly and Frankfurter Buchmesse have named 40 publishing professionals as honorees for PW Star Watch 2020, the annual publishing and bookselling award now in its sixth year. Honorees hail from the U.S. and Canada, and were selected from the ranks of the Big 5 publishers as well as independent and university presses, literary agents, booksellers, and other industry and related organizations.

Because of the Covid-19 pandemic, 2020 also marks several firsts for the awards. This year, a charitable component was added to the program, and will benefit the Book Industry Charitable (Binc) Foundation, which provides financial support to booksellers. In another departure from previous years, the celebration, usually held in a downtown Manhattan locale, will be a virtual celebration free and open to all, and will be held on October 13 at 5 p.m. The five honorees selected as finalists will speak, and one Superstar will be announced by Jim Milliot, Publishers Weekly’s editorial director, and Erin Cox, Frankfurter Buchmesse’s U.S. publicist. As in past years, the Superstar will be invited to the virtual Frankfurter Buchmesse 2020 as well as awarded a sponsored trip to Frankfurter Buchmesse 2021. 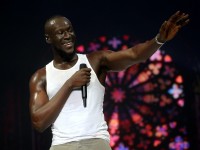 Stormzy has said he hopes authors who do not have “an outlet or a means to get their work seen” will take inspiration from his publishing imprint as he launched the second year of the #Merky Books New Writers’ Prize.

The prize aims to discover unpublished, under-represented writers aged 16-30 from the UK and Ireland and the winner or winners will receive a publishing contract with #Merky Books, an imprint within Penguin Random House UK.

The winning entry will be selected by a panel of judges including Stormzy, authors Candice Brathwaite and Emma Dabiri, Man Like Mobeen star and creator Guz Khan and Olympian Katarina Johnson-Thompson. 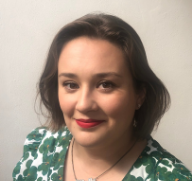 Children's and YA agent Alice Sutherland-Hawes has left Madeleine Milburn Agency to launch her own agency, ASH Literary.

The new venture will focus on the children's market, representing both authors and illustrators.

Sutherland-Hawes said the majority of her clients would be following her to the agency, including twice Kate Greenaway Medal-shortlisted Poonam Mistry, debut authors Kereen Getten and Namina Forna, and illustrator of I Am Brown (Lantana), Sandhya Prabhat.

The agency will be represented for translation rights by ILA.

How did you get your first job in feature writing?

If the thought of job hunting straight out of university seemed daunting before, spare a thought for this year's graduates doing so in the midst of a global pandemic.

But all hope is not lost. Many graduates are still getting their big breaks, and one of those is Nicole Baddeley, who graduated this May from Bournemouth University with a bachelors degree in Multimedia Journalism.

She is now a digital trends and feature writer for Newsquest, the second largest regional and local newspaper publisher in the UK. She writes general and evergreen news stories on trending digital topics for the publisher's local websites in the South of England and Wales.

Baddeley spoke to Journalism.co.uk and offered her best tips to job seekers hoping to crack the current market.

Why U.K. Publishers Released 600 Books in a Single Day

Yesterday, book publishers across the United Kingdom raced to release almost 600 books in a single day. Known within the industry as “Super Thursday,” the massive push was planned in response to a growing backlog of titles that were supposed to be released throughout the spring and summer but, like many events this year, were delayed by Covid-19.

Thanks to the pandemic, the majority of book festivals and literary events planned for this spring and summer ended up canceled. Bookstores around the world have also shuttered due to lack of business: This April, reports Alexandra Alter for the New York Times, bookstore sales in the United States dropped more than 65 percent versus April 2019. 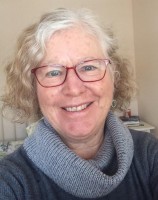 The Belfast Free Library offers a two session virtual writing workshop “Place is Your Portal...to Writing” on Thursdays, October 1 and 8, from 6:30 - 8 p.m. Poet and essayist Linda Buckmaster will lead the workshops on the library’s zoom account.

The workshops are free and open to all.

This will be a user-friendly workshop for anyone of any writing experience (or not). All genres welcome – fiction, poetry, essay, memoir, or something in between. Participants will use writing prompts, exploration of their surroundings, personal memory, and discussion to create new writing that captures a place and lets people tap into themselves.